A Eulogy for Shadow 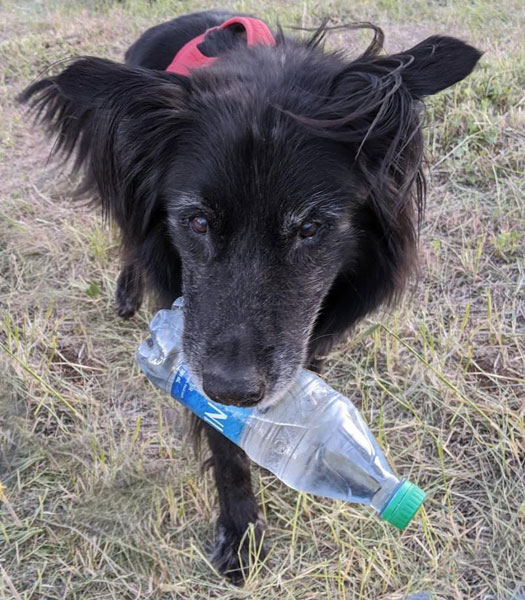 He came into our lives about five months ago like his name – Shadow. He was living with a friend, after about ten months of setbacks: the loss of his partner, five months in a kennel and some movement from place to place. Shadow was placed with Senior Dog Rescue and he had a disease that would kill him. He was in hospice. We wanted to give him some joy at the end of his life so when we agreed to foster him – we took him in as our own and loved him as our own. We told him often that he was ours now until the end and he began to even show joy at times. Sometimes, even when he couldn't really play long, he'd bring us toys to toss for him.

In his day he was an athlete – running agility with his human. He was handsome and soft. His ears, in particular, were beautifully haired. He was a big black dog with wisps of long white hair flagging his legs and short ones framing a heart around his face.

Half Newfoundland and half Border Collie, Shadow had infinite love to give to his humans. He was gentle, kind and protective of us.

Shadow was a gourmet of "people food." He took special interest in anything to do with cooking – sticking like a shadow to our legs whenever we were in the kitchen. He checked out every cooler and bag and took great interest in the unpacking of each. We've no doubt that he and his human shared their meals. They were partners, we're sure. This was verified the first time we ordered pizza. We sat down and began to eat and Shadow sat down and cried like a baby. He never cried. So, we gave him some pizza right then. The next time I ordered pizza, I just let a slice cool and put it in his bowl. He was content. He wouldn't eat unless we scraped our leftovers over his food. His favorite was Barbara's Cheese Puffs.

Shadow died June 22, 2020 after a free fall in his abilities. He couldn't go anywhere without his lift harness – his backend kept collapsing and he wasn't happy. He died peacefully – a happy dog. He was full of hamburger and treats; his favorite toy nearby, hearing he was the best dog in the whole wide world and loved to the end.

Run free big guy. You made our hearts so big, they broke when you died. You will always be in our hearts. 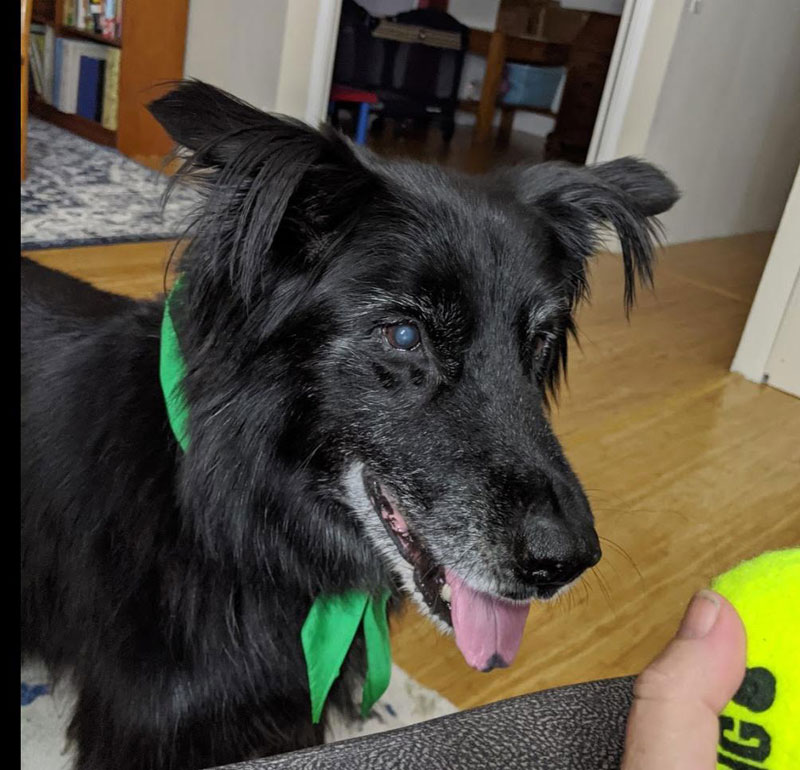